Does sexism still exist? If so, how do we deal with it on a daily basis? - JUMP Promoting gender equality, advancing the economy

Sexism is “an ideology which makes gender difference a fundamental difference resulting in judgments about intelligence, behaviors, and aptitudes. ”

A few weeks ago, I was involved with an article in Flair magazine on the topic of sexism. The journalist was surprised to learn that 97% of readers consider that the topic is still very much a current issue but that 45% of them believe that machismo can be “pleasant”. And yet, reading some of the most common things said (and not even the most cruel ones), one can wonder what kind of brainwashing we have been subjected to in order to find this “pleasant”:

In Britain, a survey of young women aged between 14 and 25 was carried out by GirlGuiding. At that age, 87% of them are already aware that women will be judged more on their appearance than on their skills. ¾ of them claim that sexism is something they face not only at school, but also on the street, in what they read and on social media. 7 out of every 10 girls say that they have already experienced sexual harassment at school through sexually explicit jokes (51%), images of women that made them uncomfortable (39%), graffiti that is insulting for women (33%), unwanted sexual attention (28%) or even worse… indecent assault (28%).

Social pressure concerning women’s physical appearance has never been stronger. Almost half of all teenagers are not satisfied with their body. But girls also say that they do not find enough support to deal with sexism (from society, school, their parents, or their friends). Indeed, 53% of them also feel that too much responsibility is placed on them to prevent sexual violence from happening to them!

The damage caused by sexism in the workplace.

In France, a survey concerning sexism was carried out in 9 large companies and revealed a widespread phenomenon: everyday sexism and its negative impact with regards to work carried out by women (it’s even more striking in SMEs, depending on the mentality of the owner). Thus:

Only 13% of the women surveyed feel that it is part and parcel of the relationship game between women and men, and think that it doesn’t matter.

Let’s take a look at the impact of sexism for those who are subjected to it.

Just as in the GirlGuiding survey, women feel isolated with regards to these attacks. Only 6% of them speak up and ask for support.

How to respond when faced with sexist attacks?

Almost half of the women do not let it slide and respond directly. But only 40% of women and less than 25% of men defend the person targeted!
To respond immediately requires a tremendous amount of self-confidence and solid repartee skills. Not answering is worse… it sends the signal that we are weak, or that we either agree or are indifferent. The best strategy is to respond calmly, deliberately but firmly while looking at the other person in the eyes to make him aware of the impact of his words or his gesture.
You can ask the person to repeat themselves ( “Excuse me?” or “Could you please repeat?” or “What did you precisely mean by…?”)… and then make them face their responsibilities:

And if it continues:

In order not to be caught unprepared, rehearse the kind of response you want to give so you are better prepared to answer tit for tat. Here are a few articles which can provide you with some insights: Dix nouvelles formes du sexisme ordinaire au travail, Oink Oink : When You Work with Sexist Pigs, Actually… How to respond when you see some sexism happening.

Surround yourself with people who are going to make a stand. Speak about your experience and ask for support.
But most importantly, decide that YOU DO NOT DESERVE such comments or attitudes. Value yourself and defend others who could find themselves in the same situation.

Nasty remarks between women hurt but they do not challenge our identity in the workplace and our need for recognition. It’s not the same thing.

If men are not exempt from sexist attacks, these are carried out differently and in general amongst themselves. They do not call into question their legitimacy in the workplace. When women attack men, they do so more by given examples of inadequacy on the private front and not on the professional one (“it’s normal that you are not succeeding, men are not able to do several things at once.”).

What can companies do?

It is fundamental that companies have the honesty to recognise that they are also a place where sexism expresses itself. Just as this phenomenon is present in society, it likewise exists in the corporate world! Thinking that “all is well in the best of worlds” is strengthening inequalities and discriminations. Only 35% of women executives in France say that their company has addressed the issue of sexism. The actions to be carried out which are deemed priorities are as follows:

Detractors will say that it’s the reign of the “politically correct”. But, unfortunately, it is essential to go through this in order for men and women to integrate equality. That is what is happening with racism and it’s a good thing!

Women’s resilience and their ambition

Let us go back to the British survey to find a measure of solace… half of girls aged between 16 and 21 think that maternity may represent a hurdle in their career and more than half know that they’ll have to be vigilant in order to earn the same thing as their male colleagues. But despite the lack of female success models – which they regret – they place their careers above everything else as a parameter of their happiness, and 7 out of 10 want to have everything: a family and a successful career with the support of their life partner! Better yet, 67% of young women claim to be ambitious (and Lord knows how much ambition rarely feels legitimate to women) and 58% want to be leaders in the occupational branch that they have chosen.

If each woman was aware of what is at stake for her and for those targeted by sexists words or deeds, there is not a single one of us who would let things slide.  Let us then start by changing our own behaviors even if we are ultimately ALL – not only men but also women, companies, media, and schools – responsible for making sure that everyone can deploy their talents and live their choices independently from expectations derived from being born as a girl or a boy. 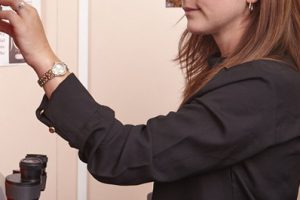 Breaking Through My Glass Ceiling…Twice

Iwas not born a scientist nor was I born with the knowledge that I would one day be a L’Oréal-UNESCO For Women in Science Laureate in France. However, I attained these achievements through maintaining curiosity, ...

Let’s take a look for a moment at your personal finances. Now, don’t run away! For many of us personal affairs of the fiscal kind have been more complicated than life itself. Perhaps that’s ...