Will the ecological transition be favourable or detrimental to equality between women and men? - JUMP Promoting gender equality, advancing the economy 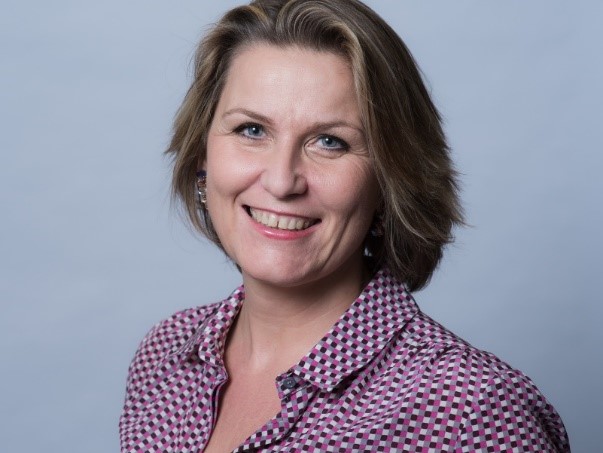 The first time I thought about the link between gender equality and the ecology was when I read Elisabeth Badinter’s book “Le conflit, la femme et la mère”. The philosopher accuses ecologists of increasing burdens on women to respect our planet. The example that struck me was that of washable diapers, which we should use instead of disposable ones which are not environmentally friendly. At the end of the day, who will be responsible for washing them?
She also condemned eco-feminists’ sanctification of motherhood and the fact that, as a result, women bear the weight of educating tomorrow’s adults and ensuring the ecological transition. An overwhelming responsibility that women must dedicate their time to! Yet our economic system does not financially reward such tasks, and this reduces women to their ancestral role (serving others), preventing them from having jobs and being independent.
Ecofeminism – as portrayed by Badinter – was not to my liking at all, because my value system is based on paid work which, in my opinion, is the only way to economic independence and therefore freedom!

The link between ecology and feminism

Feminism is a political vision that aims at transforming a society based on domination (patriarchy) towards a society based on collaboration. The basis of all dominations is the hierarchy of the sexes, i.e. that of male over female. But there are many other historical dominations: white people over black people, north over south, humans over other species and over the earth. Patriarchy has established control and exploitation of the earth to the benefit of humans. This has gone so far as to destroy that which feeds us and shelters us. How can we fail to link this to the age-old domination of men over women, to the control of women’s bodies and the alienation of their identity and their freedom?

The more freedom and independence women have, the more they will control childbirth and the number of children they feel they can raise and feed. And thus, the exponential population growth of certain countries, leading to humanitarian disaster, destruction of nature and migration, comes from our failure to transmit values of equality between women and men. Yet nowadays who would consider this as a developmental solution?

The control and exploitation of natural resources is rooted in the idea that humans are superior to nature and that nature must serve them. The control and access to women’s bodies is based on the notion that they must serve society, and therefore men. Such behaviors are intrinsically violent. Masculinity is the basic value. It is the norm. It is still considered today more dignified and prestigious than femininity. To succeed in the workplace, women must still “be a man”. Whilst men who express their feminine side too strongly are mocked and insulted.

The link between ecology, feminism and European integration

Eco-feminism is the notion that there is a link between the exploitation of the environment by humans and the oppression of women by men. This would explain why feminism and ecology are two causes that should defended together to achieve a shift of civilisations and move from a system of multiple dominations to a system of cooperation.
But feminism is not only profoundly linked to ecology. It is also intrinsically linked to anti-racism, pacifism or the promotion of European integration.

In view of the up-coming European elections, I published a book on Europe with 9 other Italian women from Brussels: “Europee, 10 donne raccontano l’Europa”, ordered and coordinated by Monica Frassoni, co-president of the European Greens.
There is no coincidence in that, despite our differences, we are all attached to the idea of a federal, feminist Europe in favour of ecological transition, as well as a sustainable, respectful migration policy. Europe was built on the need to eliminate power struggles between countries that could lead to war and inward-looking policies. Europe cannot exist without a profound respect between member states, regardless of size and economic power. This is a civilisation transition from one based on confrontation to a more appeased one based on cooperation. Some call it the “feminine civilisation”.

The twentieth century has been one of terrible atrocities, mass consumption in the north of the planet and massive destruction of the ecosystem. But this century has also the first in history of humanity when women have the same rights as men. It is the century of the globalisation and the construction of the European Union.

Can we save the planet and still oppress women?

Feminism and ecology are two forms of idealism and subversive change. Both dispute patriarchy as system of domination and would replace it with a lasting system of cooperation and respect. What is surprising is that few people have gone so far as to identify this convergence of struggles. While ecology and feminism should go hand in hand and have the potential to profoundly transform society, only ecological transition is recognised as powerful and innovative. Feminism is too often considered as a claim that is to the benefit of women only.

In the fictional book and TV serie the “Handmaid’s tale”, the new dictatorial regime in the U.S. made drastic decisions about environmental management when climate change caused the collapse of human fertility. But this all-male regime sent women back to a subservient role at home and exploit the body of the ones that are still fertile to the benefit of the families of the nomenklatura. This leads back to Elisabeth Badinter’s fear that environmental concerns will lead to a new oppression of women.

The planet does not give us the choice. We will have to profoundly change our relationship to nature and the environment. But the question remains: will this imply a civilisation shift for more fairness and respect?

By Isabella Lenarduzzi
Social Entrepreneur, founder of JUMP for gender equality at work.

The World Economic Forum published its Global Gender Gap Index 2010 earlier this month. Scandinavian countries are leading the way with Iceland taking the top spot just in front of Norway, Finland and Sweden. These ...

Each year, McKinsey publishes their report “Women Matter”. The last one attempts to explain the reasons why those organisations are disappointed with the results for improving equality between men and women in leadership roles. Despite ... 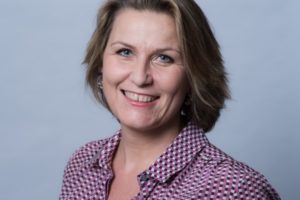