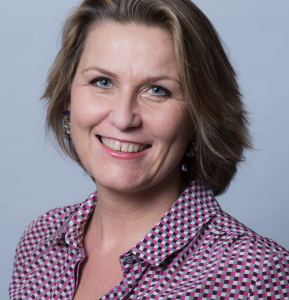 Isabella Lenarduzzi has been a social entrepreneur, an expert in communication and event organisation for 30 years. Her areas of interest include gender equality, employment, education, training, entrepreneurship, innovation and European public affairs.

Isabella is an Ashoka Fellow since 2013. Ashoka Fellows are leading social entrepreneurs who are recognised to have innovative solutions to social problems and the potential to change patterns across society.

Isabella created the European student fairs in various countries of Europe. She also published two monthly magazines “Univers-Cité” and “Kampus” aimed at young readers aged 15-25 and distributed the Student Welcome Pack to more than 1 million students all over Europe.

After having sold these companies to Reed-Elsevier, Isabella established a consultancy and training activity in Italy and worked as deputy director for the Naples Science Museum where she set up Italy’s “Guidance and Careers Resource Centre”. She then came back to Brussels and went on to organise a number of economic events including the European Business Summit from 2002 to 2006, CréaWal in 2004, and Wallinno in 2005.

In 2005, she created for the Brussels Chamber of Commerce, the “Brussels Job Days”, a new concept of event for on-site job interviews from employers to jobseekers. In 5 years she has organised 30 editions which have given jobs to over 5 000 people. The concept was taken over by the European Commission for whom she organised the “Job day Europe” once a year from 2007 to 2012 in the EC building (Berlaymont).

Isabella launched JUMP “Promoting gender equality, advancing the economy”. JUMP is the leading social enterprise working with organisations and individuals to close the gap between women and men at work, achieve sustainable corporate performance, and create a more equal society.

Isabella got several awards. Here are some of the latest ones:2018 – Award “Terziario Donna” for the best Entrepreneur in Europe for better equality between women and men