How to build a successful women’s or diversity network - JUMP Promoting gender equality, advancing the economy

How to build a successful women’s or diversity network 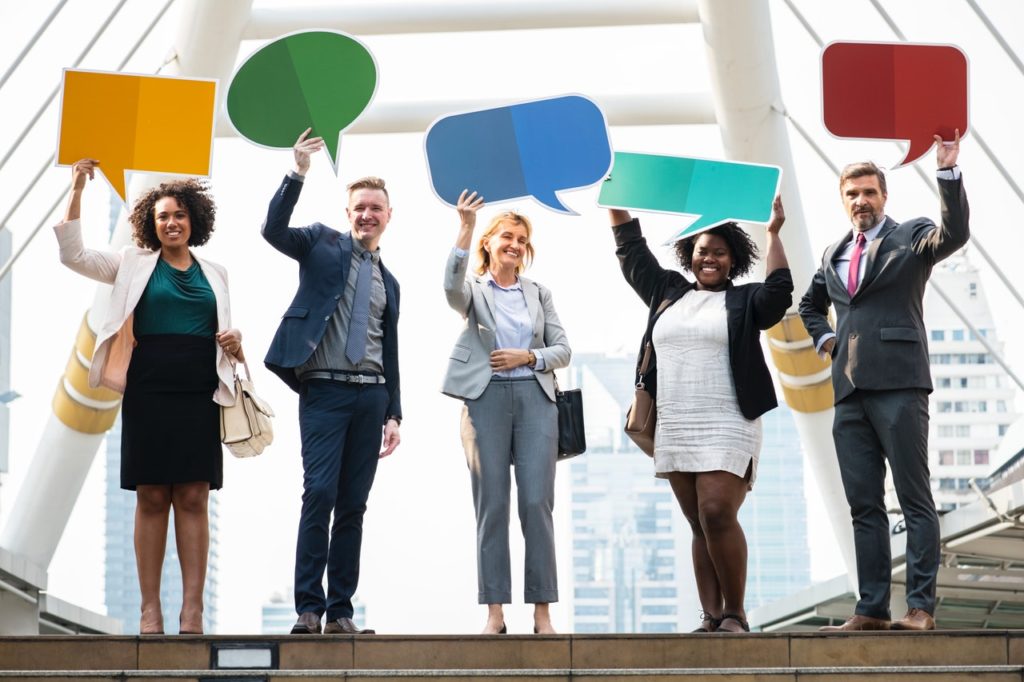 Employee networks are increasingly more popular with companies in Europe. Leverage the energy and efforts of employees to strengthen culture and collaboration. Meet new people, develop new competencies and increase employee engagement. Sounds like a sure bet. But research and experience tell a different story. Despite all efforts, the majority of networks are struggling to meet their members’ needs and to prosper and grow. How can you avoid common stumbling blocks and make sure groups deliver on expectations? What are the golden rules for successful groups?

All our toolboxes are free.

Take advantage of our support expertise and our team of the best experts in Europe to train your teams and achieve lasting results: www.jump.eu.com/academy 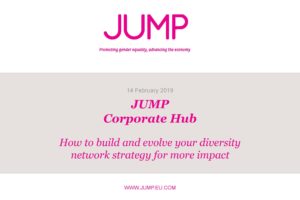 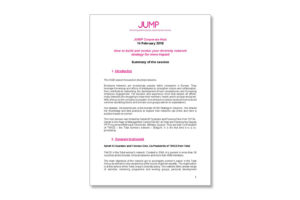 A Fresh Look at Women Networks

A new study by researcher Shawn Achor shows that women’s forums that strike a healthy mix of social connection, support, and motivation create lasting intellectual, professional, and financial results for female participants. In addition, a 2017 study showed 86% of female respondents believe participating in their corporate women’s employee resource groups (ERGs) specifically benefitted them and their career. And a whopping 70% of those respondents said their women’s ERGs had actually helped to create policy changes at work.

One of the hallmarks of a company that prioritizes gender diversity is an active and thriving women’s network. However, it is not easy to build an authentic and productive network. Fairygodboss asked key leaders at 4 companies with robust women’s networks - GE, General Motors, Goldman Sachs and KPMG - what makes their women’s networks successful.

Do Women’s Networking Events Move the Needle on Equality?

Recently, I was flying home from the Conference for Women, where I had been invited to speak. I was carefully holding a copy of the conference program on my lap — my mom likes to save them, and I wanted to be a good son and bring her back an unwrinkled copy. The guy sitting next to me on the airplane noticed it and asked me about the conference. I told him it’s a series of nonprofits across the country that run conferences for women from all industries to talk about leadership, fairness, and success. He then surprised me by saying, “I’m all for equality, but I’m not sure what good a conference will do.” Done with the conversation, he put on his headphones, content in his cynicism as I stewed, trying to come up with the best, albeit incredibly delayed, response.

Don’t underestimate the power of women connecting and supporting each other at work. As my experiences from being a rookie accountant to a managing director at an investment bank have taught me, conversations between women have massive benefits for the individual and the organization. When I graduated college in the 1970s, I believed that women would quickly achieve parity at all levels of professional life now that we had “arrived” — I viewed the lack of women at the top as more of a “pipeline” problem, not a cultural one. But the support I expected to find from female colleagues — the feeling of sisterhood in this mission — rarely survived first contact within the workplace.

We know that social networks are critical to professional advancement. We also know that men are more likely to rise to leadership positions.

Are female-only networks hurting women in the workforce?

Build your value. Take a seat at the table. Lead with authenticity.

These are the themes most women hear discussed at women-only leadership conferences. Women-only networking has been around since the early 1980s, but it experienced a recent surge in popularity thanks in part to the widespread influence of Sheryl Sandberg’s 2013 best-seller Lean In. These days, more than 30,000 Lean In circles meet in 150 countries, and there are countless other more informal women’s networking groups. “When women are in all-women networking groups, they’re on fire,” says Karen Bate, founder of Awesome Women Entrepreneurs in Arlington, Virginia.

Another women’s conference finds another predominantly female group of HR Directors seeking to improve the gender balance in their firms. In reality, women are working far too hard at an issue actually beyond their power to solve. Corporate leaders must recognize that additional women-dominated efforts are not the way to get companies to take the gender issue seriously. Rather, the solution requires action by those in leadership positions, still frustratingly rare, as hundreds of women at the recent JUMP Conference in Paris acknowledged.