Their respective role in promoting gender diversity has prompted JUMP and AXA BELGIUM to team up to organise an annual awards ceremony. The AXA Wo_Men@Work Award honours a business leader who has been a fervent supporter of male/female equality in management in the course of their career.

While there are a myriad of prizes designed to reward a personality, a project or a company, there was a gap in the market for an award that honours and supports a woman or a man, at the apex of a company, who has made a personal commitment to bring about a fair gender balance among their executives.

AXA and JUMP have joined forces to launch and organise a new style of prize, which sets out to reward the male or female head of a small or large business. At a time when the question of professional equality is finally sparking a serious debate in Belgium, we believe that it is essential that we celebrate its pioneers. The people rewarded for their commitment and their initiative will, therefore, be hailed as equality ambassadors and held up as examples in order to serve as an even greater inspiration for other business leaders.

Every year, the AXA Wo_Men@Work Award will go to a manager (CEO, COO, CFO or Management Board member) of a company or organisation set up in Belgium who makes concrete and measurable efforts to encourage gender diversity within the Board of Directors, the Management Board and at managerial level in general.

All applicants will be asked to complete a questionnaire relating to their personal vision, their motivation and the initiatives that they have spearheaded or inspired throughout their career. The answers will be analysed by an expert in gender diversity, Marc Timmerman, who will draw up a scoreboard. The three nominees will then be put to the vote. The final score for each award nominee will be calculated on the basis of the votes received from the on-line participants and the points awarded by the jury.

Anyone can make a nomination! Male or female – and if you meet the criteria, you can even nominate yourself. All you have to do is send your contact details and those of the person you are nominating to info@womenatworkaward.be or you can apply yourself by completing the on-line questionnaire. All applications should be completed and submitted by the 26 October 2010.

Cast your vote online at www.axawomenatworkaward.be between 22 November and 2 December 2010.

If you vote you will receive an invitation to the award ceremony that will take place at the AXA headquarters in Brussels on 9 December from 6 p.m. onwards.

The creation of the AXA Wo_Men@Work Award should foster gender diversity initiatives and give them greater visibility. Our aim is to trigger an inspiring dynamic for company management at the national level. 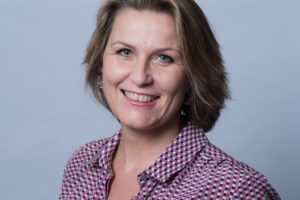 Christopher P. Skroupa: Where does Europe currently stand compared to the U.S. in terms of corporate gender equality? Isabella Lenarduzzi: Thanks to the Civil Rights Movement, the US were ahead of Europe when it ...

Quotas give the green light in Belgium too

Last Thursday, the Chamber of Deputies, voted 71 votes to 54 in favour of the bill that public companies and companies listed on the stock exchange are required to have a third of women (up ...