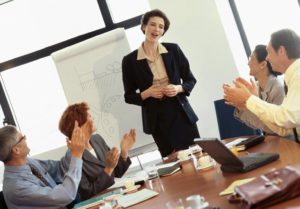 What are the best sourcing and recruiting methods to ensure workplace diversity?

How can we optimise the hiring process to attract more women?

How can we making recruiters, hiring managers, and executives accountable for
diversity in hiring?

How can we attract women in male-dominated sectors? How can we increase the
size of the talent pool?

Article – If There’s Only One Woman in Your Candidate Pool, There’s Statistically No Chance She’ll Be Hired (Harvard Business Review, April 26 2016)

Diversity initiatives are popping up all over, particularly within technology companies that have a preponderance of white men among executives and staff.

Several organizations started by putting measures in place to ensure new hires were drawn from a more diverse talent pool. Now, a new study from researchers at the University of Colorado aims to show that simply adding one minority candidate to the pipeline doesn’t guarantee a quick fix.

Article – How to Take the Bias Out of Interviews, by Iris Bohnet (Havard Business Review April 18, 2016)

If you’re a hiring manager, you’re probably happiest getting a sense of a candidate through unstructured interviews, which allow you to randomly explore details you think are interesting and relevant. (What does the applicant think of her past employer? Does she like Chicago? What does she do in her downtime?) After all, isn’t your job to get to know the candidate?

Article – Why Diversity In Hiring Is Only One Part Of The Puzzle (FastCompany, May 2016)

Hiring diverse employees is all for nothing if your culture isn't inclusive enough to make them want to stay.

“You never get a second chance to make a first impression” was the tagline for a Head & Shoulders shampoo ad campaign in the 1980s. It unfortunately encapsulates how most interviews work. There have been volumes written about how “the first five minutes” of an interview are what really matter, describing how interviewers make initial assessments and spend the rest of the interview working to confirm those assessments...

Facebook hasn’t made strides to improve its diversity despite offering incentives to recruiters, The Wall Street Journal reports.

The social media giant reportedly offered recruiters up to two points for bringing in a Black, Hispanic, or female engineer, the demographics least represented in the company. The points could translate to better performance reviews and financial bonuses, according to the Journal.

A small but growing number of U.S. companies have intensified their push to increase the ranks of women on their boards as businesses pay greater attention to gender parity at all levels. These initiatives are bearing fruit as companies revamp the way they recruit female directors. Some companies have begun to restrict initial searches to women, while others insist on interviewing at least one woman for director spots. Among those pursuing such strategies are Ecolab Inc., Symantec Corp. , Johnson & Johnson, Voya Financial Inc., Pinterest Inc. and Nucor Corp.

The U.K. biggest banks and insurers -- as well as some leading U.S. banks and investment firms -- have signed up to a British government initiative designed to bring more women into top positions. Among other commitments, they agreed to link the bonuses of their senior executive teams to the appointment of women to leadership positions.

After pausing her career following the birth of her second child, Shashi Dokania was ready to return to the work force. She attended a coding bootcamp to learn software engineering, and then sent out dozens of job applications.

Despite these efforts, though, Dokania found little interest. Employers, it seemed, were not very interested in a woman with a four-year gap in her résumé.

"People were very skeptical about the break I took," Dokania says. "They didn't have confidence in me."

Social dominance theory (Sidanius & Pratto, 1999) contends that institutional-level mechanisms exist
that reinforce and perpetuate existing group-based inequalities, but very few such mechanisms have been
empirically demonstrated. We propose that gendered wording (i.e., masculine- and feminine-themed
words, such as those associated with gender stereotypes) may be a heretofore unacknowledged,
institutional-level mechanism of inequality maintenance.

How the recruitment industry and recruiters can take the right steps to ensure that they attract more high quality female candidates through the sourcing and recruiting efforts they decide to implement. Looking at: 1) Create a united front; 2) Make your job ads women-friendly; 3) Advertise where women look; 4) Create a female-friendly benefits program; 5) Take sexual harassment seriously; 6) Promote your current female employers and particularly women in positions of power.

Without realising it, we all use language that is subtly ‘gender-coded’. Society has certain expectations of what men and women are like, and how they differ, and this seeps into the language we use. This linguistic gender-coding shows up in job adverts as well, and research has shown that it puts women off applying for jobs that are advertised with masculine-coded language. This site is a quick way to check whether a job advert has the kind of subtle linguistic gender-coding that has this discouraging effect.

Platform that uncovers key phrases and spots bias as you type. Textio shows you how your job listings and candidate emails will perform before you’ve even posted them. Will the role be popular among qualified job seekers? Will it fill quickly? How gender-biased is it? Their predictive models give you analytics and feedback right as you’re typing.