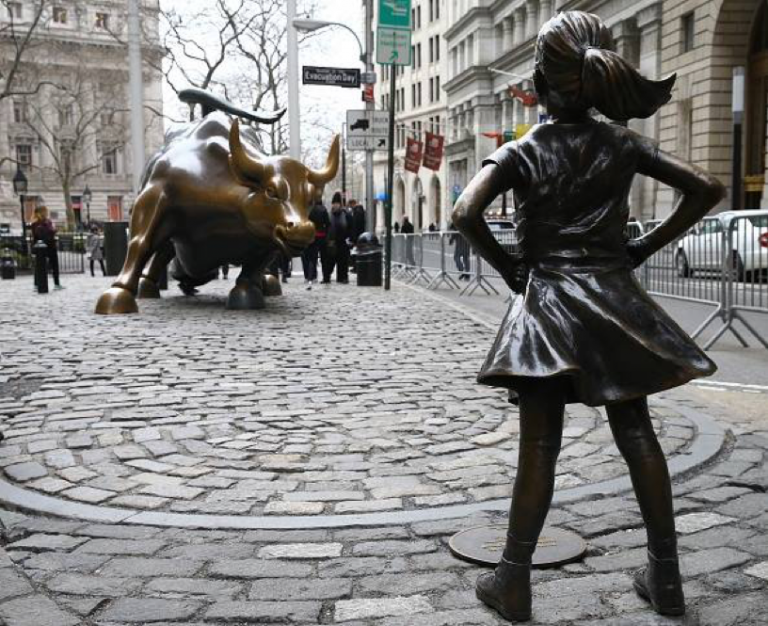 “The fearless girl” was installed on Wall Street on the eve of March 8 by one of the biggest investment funds (State Street Global Advisors) to promote the place of women on boards of directors within large companies. She is facing the “Charging Bull” which represents the resilience of Wall Street after the crisis of 1987 (sic). The statue was to remain there only a few days. But its success has exceeded all expectations as well as the message of its sponsors, for it now embodies the resistance to a certain toxic masculinity in power in Washington and the defiance mistrust of the cruelty of capitalism.

The Democratic Mayor of NY decided to leave it until spring 2018.

Let us hope that its brave posture inspires American women and all of us, so that we, women, become “game changers”* by achieving the bet of a sustainable, filled with solidarity and fair well-being.

* Christine Lagarde in her latest article “The Business Case for Women’s Empowerment“.

That’s five years of growing from strength to strength, dedicating ourselves to advancing the professional lives of women and working with companies to promote gender balance. Only one week left to benefit from the ...