The science and technology sector is vital in our knowledge economy, producing a revenue of more than 963.5 billion euros in Europe. That’s why it is essential that the sector continues to attract new talent to grow and develop.

Women, who represent 60% of university graduates, are a reservoir of talent for science, technology and innovation. However, in Belgium only 33% of them chose these subjects at higher education, compared to 67% of men.

The activity rate of women continues to grow while that of men starts to stagnate, so if women were to choose these subjects making careers in these fields, the results in terms of economic growth would be enough to sustain our standard of living.

Why are we suddenly so interested in an issue that has existed for years?
– Because of fresh concerns about replacement rates in the sciences following the mass exodus to retirement
– For some years young people have shunned the sciences. In 1995 in Europe, 40% of secondary school students went on to study sciences at university, compared to only 26% in 2004
– To be more competitive, Europe set an objective to increase its scientific and technological potential by 700 000 people by 2015
– The West is not making the most of the pool of talented women despite the fact that women represent more than 60% of university graduates! Many women tend to veer towards human sciences or towards scientific subjects that are directly linked to humans or nature such as medicine or biology (both 70% of women).

It’s worth mentioning a few other figures to fully appreciate the low level of female involvement in Science and Technology. In Belgium, only 5% of students who chose to study civil engineering in computer science in the first year are women and 6% in computer sciences. Figures from the industrial or technical higher education are similarly alarming. Whether it’s in the long or short cycle, more than 90% of students in technology are male.

More than 35% of women in computer science do not want to make a career in this field, which radically reduces the number of women in technology available to work in companies.

Of those researchers currently working in universities or large research organisations in the European Union, 33% are women. Women represent 17% of researchers in mathematics, 18% in physics, 19% in engineering sciences and 31% in chemistry .

The situation of women in research, public or private, is positively evolving and it is important that education continues to reinforce this message. In just a few years the number of female researchers in private and public research has doubled. The presence of women in S&T careers is increasing proportionately more rapidly than that of men, but still it’s too slow to ensure adequate diversity within teams or to respond to the needs of those companies looking to recruit women trained in science and technology.

In organising this seminar as part of International Women’s Day on 8 March, which is dedicated to Women in S&T in 2011, and taking advantage of JUMP’s new status as “National Point of Contact for Women in Technology”, we would like to set up a platform bringing together all actors to create a road map to coordinate further actions.

Europe desperately needs more scientists to achieve its objective of becoming a more competitive knowledge economy in the world (Objective of the Lisbon Treaty 2010). So, how can we continue to ignore half of the talent?

Just a few days to go until the JUMP Forum in Brussels and little more than a month until Paris. This year’s theme focuses on encouraging men to get more involved in gender diversity policy ... 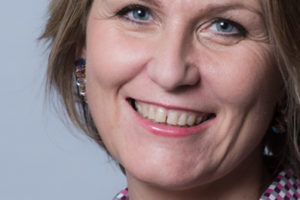