Quotas finally on the agenda in Europe

This week we celebrate Commissioner Reding’s success in getting the proposal for a directive on gender quotas on the Boards of Directors of stock-listed companies adopted by the European Commission. We salute her tenacity, determination and courage. She commented that this has been the most difficult battle in her 40-year political career. This shows the strength of resistance to change when it comes to sharing power! Everyone agrees that quotas are a scandal, but what is scandalous is that we have to have them so that women can finally be represented on the Boards of Directors on an equal footing with men and within a reasonable timeframe. This is a first step in crossing the barriers put up by countries such as e.g.  UK and Germany.  All that remains now is to convince that European Parliament and the Council, which comprises heads of state from each member state of the European Union. It’s not over yet.

Some European countries (11 in total) already have legislation on quotas. That’s certainly the case in Belgium, where the number of women on the Board of Directors needs to increase from the current figure of 11% to 33% by 2018. That’s just five years to triple the number… so there’s no time to lose.  But results from Norway, the first country in the world to legislate on quotas (2008), has shown that it had little impact on the number of women in executive committees. And yet, it’s at this level, the executive level, where the real power is. However, in general, the number of women in executive committees is lower than on the Board of Directors. Only Belgium has managed to achieve 11% of women in both. This table highlights the situation elsewhere in the world.

The number of women in executive committees is the direct result of their position at the heart of a company. That’s not the case for the Board of Directors. To have a seat in the executive committee is to have carved out a successful career. So having more women at this level is a winning strategy in the field of equal opportunities but it is also the best reservoir for supplying women as board members for other companies! Half of all BEL20 companies (the index used on the Brussels stock exchange), don’t have a single woman in the executive committee.

To succeed, we need a plan of action. McKinsey leads the way in this respect by publishing 41 measures, classified in three categories: top management commitment; professional development programmes for women; and gender diversity indicators. The study “Women Matter”, which is based on European averages, was this year supplemented with more detailed analysis on nine countries, of which Belgium was one. Author, Mieke Van Oostende has answered our questions and will present the results during the Wo_Men@Work Award ceremony on the 4 December at AXA Brussels. The study reveals that only 22% of companies surveyed have implemented more than 20 initiatives (out of the 41 recommended) although the European average is 47%. What’s worse, only 13% of companies have carried out 50% of the measures identified, compared with a European average of 40%. And that’s only among those companies that replied to McKinsey. We can easily imagine that those companies not replying haven’t even started!

JUMP has used the recommendations of McKinsey to check the positioning of its services with regard to the three categories. We can offer at least one tool per category.

Let’s focus on two essential categories to ensure the success of gender diversity: the provision of development programmes for women and the involvement of top management.

The majority of Belgian companies (in contrast to European countries like France but Germany is even worse than Belgium) are reticent to implement specific initiatives for training women because they are afraid of being perceived as favouring women to the detriment of men with actions that could be considered as positive discrimination. We forget that women have only been in business for a relatively short space of time and that they have had to develop a model of leadership over a number of years that was made by men and for men. Women need to be more assertive, find their own model, understand the unwritten rules for promotion and be champions of their own careers.  There is a prime example of this in the McKinsey Quarterly, which states that 18% of women middle managers aim to reach top management, compared with 36% of men. Not everyone needs to be this ambitious nor even get to this level, but we need to work on the differing levels of ambition of men and women by clarifying the positions of power and the ways in which people can get there. That’s what JUMP aims to achieve through the Woman’s Academy and the JUMP Forum among other initiatives.

Another tack to use all available talents is increase the visibiliy of the CEO’s commitment both inside and outside the company. In fact, if 92% of business leaders surveyed felt personally committed to improving the ratio of men and women in management, 62% of them and only 36% of senior managers believe that involvement is enough to have an impact. Change requires passion and commitment. It’s the attitude of leaders that inspires senior and middle managers. It is their active participation in all gender diversity events that shows their determination. This is the reason that JUMP has created the Wo_Men@Work Award with AXA in order to award those leaders who have made that commitment and chosen the best among them to become ambassadors of gender diversity in the workplace among their peers. You can vote until 25 November to elect one. You will be invited free of charge to the Award ceremony on the 4 December from 17.30 at AXA Brussels.

Looking forward to seeing you there, 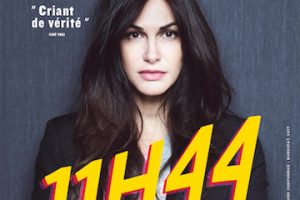 Do men want equality in the workplace?

Highlights of a European research conducted by JUMP and Axiom Consulting Partners*. Three quarters (78%) of men believe they will benefit from more gender equality in the workplace.  However, less than 1 man over ...