I would like to share some of my emotions, experiences and findings as the appointed expert for the AXA Wo_Men@Work Award 2010, first edition. Here goes nothing.

The AXA Wo_Men@Work Award, a new and ambitious initiative by AXA Belgium and JUMP, is launched in September 2010 and we do not know what to expect. How many organisations will react and which ones ? Will this initiative reach its ambitious goal ?

The set-up of the Award however is very clear : the founders want to celebrate 3 executives who have actively contributed to and succesfully promoted a Gender-Balanced business in an exemplary way and who can demonstrate a strong and best practice in striving for Gender Equality at the Leadership level. Hoping that it works contagiously and can stimulate others to strive for the same or even better results.

As this was a first edition , we anticipated a maximum of 10 dossiers, blessed are the innocent. Great was the surprise of all the organisers that suddenly we received a total of 27 dossiers. Overlooking all the applications, the majority came from large organisations, well-balanced between local ones and Belgian branches of multinational companies, a few dossiers from the public and semi-public sector and a small number from Small to Midsize Organisations.

This emotion took over when reading the content of the dossiers. The majority of applicants showed a wide-variety of initiatives and did not treat Gender Balance from a uni-dimensional angle. Many applicants showed a broad variety and combination of internationally proven best practices on Gender Balance, offering visibility and networking programs, internal mentoring programs for female high potentials, sensibilisation sessions towards male managers and men/women in general, strong attention for hiring more women, flexibility at work scenario’s, …

6 out of 27 dossiers showed a strong initial focus or primary starting point on analysing what could be potential roadblocks for career progression of women inside their own specific context, whether they were the right Talent identification criteria, resulting in the best cases to creative or very adapted processes being put in place, without going straight away for ‘copy and paste’ solutions. Measuring is knowing, it remains one of the golden management rules clearly.

The most succesful dossiers in terms of results clearly demonstrated that it is not only a question of taking the right initiatives, but a combination of best practice initiatives which have been adapted to the specific context of the organisation and the internal female population and a very strong focus on changing and managing the cultural (value-based) behavior of people and leaders in the organisation, led by example through a consistently behaving CEO who is empowering his/her management team and most often his/her HR responsible.

At least 10 of the applications showed that the organisations had started working on Gender Balance and Equality in the time frame of 2008 -2009. Seen from a positive side, this means that within the Belgian economical context, these organisations will logically become leaders as Gender Balance is concerned and grow to become very attractive employers for women in the near future. Hopeful for the AXA Award itself, that the contest can only grow in competitiveness and effectively can become contagious to others who still have to start. We can only hope that all organisations which applied, continue with their effort and submit for the 2nd edition in 2011. From a realistic, maybe more sceptical point-of-view, it shows that our Belgian organisations are reacting very late on a demographical crisis which will affect all organisations. Those leaders who are still closing their eyes in 2011 are warned ! Listen to the voice of the finalists and all the other applicants !

As a result of the analysis on achieved objectives, the number of people affected, the amount of internal resistance overwon, the cultural change established, the personal contribution of the executive, the quality of the practices, the innovative value and the value for the society, the first 3 finalists of the AXA Award were chosen by the Jury members. 3 Men ! I hear the scepsis of some readers. Again one can look at this from multiple angles : first the dossiers were analysed not on the basis of the Gender of the applicant, that goes without saying; does it show –kicking in an open door- that there are fewer female leaders –of course- and that it is still very hard for women leaders to convince mainly their male managers how biassed their behaviour and decisions are ? But if the “male dinosaur”-leader will rather follow the path of another man, then the 3 finalists have a very important role to play still towards society. Fortunately all 3 nominees are convinced that their hard work is not completed. So what makes them special ?

Marc Decorte, President of Belgian Shell, has shown a very consistent approach over 10 years (!! So he was an early adopter) in which he fought and influenced inside a dominantly male context, the need for Diversity & Inclusion. His female boss at the time appointed him as the ‘Don Quichote’ of service to fight for the cause. She must have been a very very smart leader. Marc Decorte led in his very determined and consistent way and reached at this moment a female leadership representation of 36% in a tough context, installing a culture and a value-based reflex which is now part of any management meeting. Who says that not all sectors can employ female leaders and managers ?

Albert Ragon, CEO of Danone Belgique, demonstrates that in a group which is reknown for its human values, a Belgian organisation can be the best in class. 51% of all the exempts are women, 65% of his senior management layer is female, outscoring even the ambitious internal targets set by the Danone Group worldwide. So Scandinavia does not always outperform the other countries in Gender Balance. Albert Ragon also strives for women to be put in male dominant roles, eg the Head of Production. And where he is an example to many is his view and active role in changing the mindset on the timing for discovering and realising one’s full potential inside Danone Belgique. He strives, as do the other 3 finalists, for a full respect that many women have still more than a professional role only.

Frank Van Massenhove, President of the Federal Service for Social Security, demonstrates that the private sector can also learn from the best example in the public sector. For more than 30 years, he has been fighting for equality and was able to implement a culture that offers total equality to both genders. Innovative is not the well-analysed system of flexibility in working from home, established by strong investments in technology and digitalising all information, but the Home@Work approach. Under his inspirational leadership, he now scores on average 50% better than all his peers, and established in 3 years time (!!) a 27% increase of women at the top of the organisation reaching 38%. At the senior management level, there was even an increase of 44%, again in a time frame of 3 years. So certainly a best practice in fast-forward change.

In my eyes, each one of them is a winner, as they show that different approaches can lead to success, but all 3 of the dossiers showed how important it is to have a determined executive that does not compromise and stays on the right track.

To every executive who could have the ambition to participate in the next edition. Contrary to some awards, where the usual suspects always come back and win, this Award can only be won once. The finalist that will take the 2010 Award will automatically become a member of the Jury.

Making it possible for others to become one of the inspiring finalists and maybe the winner of 2011 ! Smart move Ladies !

Your reporter ,
Marc Timmerman
Expert to the Jury of the AXA Wo_Men@Work Award.

Each year, McKinsey publishes their report “Women Matter”. The last one attempts to explain the reasons why those organisations are disappointed with the results for improving equality between men and women in leadership roles. Despite ... 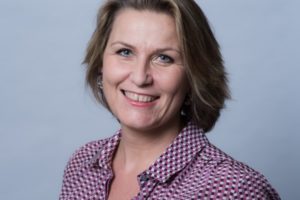 With the launch of "Women in Finance", Belgium is finally acquiring an instrument to raise awareness in the financial sector about the strategic importance of corporate gender equality for its performance, as well as for ...

Belgium among the 10 most egalitarian countries in the world… victory before failure?

Last week the World Economic Forum (the famous Davos) published its annual rankings of equality between women and men for 142 countries. This index is based on 4 major variables: health, education, women in the ...