Because we’re worth it … - JUMP Promoting gender equality, advancing the economy

Last week, I took part to the event organised in celebration of the 40th anniversary of L’Oréal slogan “Because we’re worth it”. I’m not sure if, in the beginning, L’Oréal fully appreciated the impact of this message. They probably thought it was an ideal slogan for encouraging women to buy a product that was more expensive than others. But the young publicist who suggested it 40 years ago had already understood: women lack confidence in themselves. On the occasion of this anniversary, I told how it had taken me years to understand that our biggest obstacles are within ourselves. It was then after having lived many years lacking self-respect, that I decided to create JUMP.

We always think that perfect looking women have no reason not to love themselves. However, three years ago, I had the great pleasure of hearing Jane Fonda talk about her life, and then meeting her. She started writing her book “My life so far” just before her 60th birthday and spent five years writing it. Now aged 74, she says that this book has taught her to love herself exactly for who she is and to discover self-respect. “For the first time I owned who I was.” It was then that she decided to leave her third husband, Ted Turner, because he was incapable of loving her for who she really was and thus to share in a genuine and deep intimacy. She had come to realise that, up until that moment, she had been the victim of the image that she had given herself in order to make people love her. That had led her to accept too many things … sexual practices, choice of films, friends, going even as far as to hide from her husband the fact that she was writing a book.

Jane Fonda speaks magnificently about the tyranny of perfection and of all the consequences of the violence that women inflict on themselves to the point of making themselves ill. If a woman as beautiful, famous and rich as Jane Fonda has also fallen victim of this frenetic search for approval and affection, what can we say about all the others who were not born to such an illustrious life? Her story makes us realise that our true freedom is embedded deep within us and that we should not wait any longer before finally being able to live our lives fully as the people we are!

It was when living in southern Italy, a part of the world that is very male chauvinist that I understood the reasons why women have fallen out of love with themselves. I saw that a woman was nothing if she wasn’t a mother, a wife or the daughter of a man. Women tear each other apart to obtain status and get their clutches on a man “who counts”. I understood that to dominate us like that, at the beginning of the patriarchy, men had to eliminate all the self-confidence that women had. It has lasted thousands of years. We are starting to learn again how to love and respect ourselves, but it is a long road. We have to be conscious of this cultural background and be proud each time that we allow ourselves to make choices about what is really good for us and not those expected by others.

As far as I am concerned, it’s because of other women that I regained my self confidence. It’s thanks to those women who were already further along the road towards self-worth and the celebration of their femininity, that I really became proud about being a woman. It’s a gift that we pass from woman to woman. That’s what Jane Fonda does since writing her book. That’s also what JUMP tries to do. Don’t get me wrong: it’s not by going against men than women are being rebuilt. It’s something that happens especially among women so that each one of us becomes freer and stronger to be more loving and supportive.

For thousands of years, women have never had so much possibility to love themselves for who they really are. So now it’s up to each one of us to give the best of ourselves to change the world. 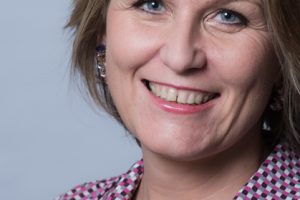 This is it, we have finally gotten there! Thanks to the Weinstein affair, women are finally daring to speak up. And each one of us has 1001 stories to tell. The JUMP Study on Sexism ...